What about a web version of the new Google Play Newsstand? 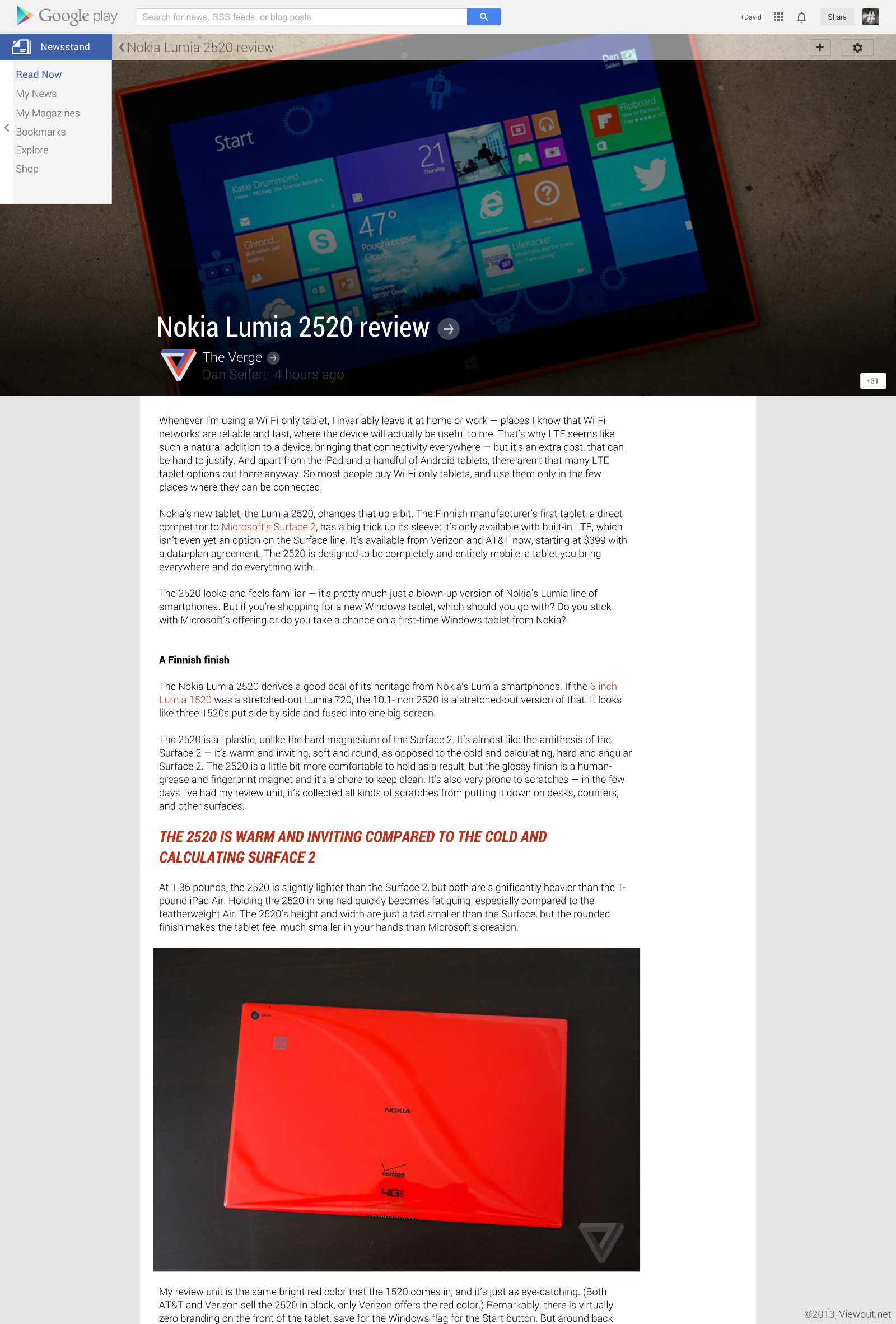 The new and just released Google Play Newsstand application combines former Google Currents and Google Play Magazines, offering the user both, paid subscriptions to newspapers and magazines, as well as free web articles, RSS feeds and blog posts. It’s currently an Android exclusive, but the work on an iOS version has already been confirmed and is scheduled to be released sometime next year.

But what about a web version? The ‘magazines’-section with all the subscriptions is of course already built into the Play Store. But why not replace this section with a new Newsstand section, too, thus also adding the (free) web stuff? What such an implementation might look like is shown in the concept pictures above (in full-size: Picture 1 & Picture 2).

There are a lot of things that point against such an implementation.

Google is, for instance, already in charge of a news service on the web - Google News. Why shall they work on two very similar, competing services? Google News design might not be as up-to-date and beautiful as the new Newsstand app, but with an update it might easily become that nice looking, too. And maintaining two services seems even less likely when thinking of the ‘death’ of Google Reader and Googles intent to keep their product lineup as clean as possible. - Or might Google News be the next service Google wants to get rid of?

Google News is for organizing information, Google Play Newsstand for presenting them to the user.

A Newsstand web version would definitely not mean the end of Google News. They are two very different services and they’re not even really competing with each other. While there might be a small base of people regularly visiting news.google.com, it’s rather made for searching certain events, than for getting the latest news. It’s just a part of Google search, a subcategory or a small snippet within your search results. And in the same way that Video search is not a replacement for YouTube in any way, Google News does not compete with Newsstand. Moreover, Newsstand also offers several additional features, like the ability to add RSS feeds, intelligent streams, and the combination of paid newspaper articles and free web posts.

In the concept pictures, the former ‘Magazines’-section has been replaced by an new ‘Newsstand’-section - directly in the Play Store. It might seem to be the wrong place to put Newsstand, because much (or even most) of it’s content does consist of free blog and web posts, and not merely paid subscriptions. Newsstand would, however, not be the first Play service also offering free content. Google Play Music, for instance, offers an iTunes-like interface on the web. The cloud player is really gorgeous, but it’s not directly a shop, too. You could also simply load up your all of your LPs, iTunes songs and so on, without buying anything directly from Google. Both services do just guide the user to paid content, but they do also work completely free.

The Play Store isn’t directly and solely a ‘store’, but sort of Google’s collection point for all things related to media - mostly paid, but also free.

Not at last, offering a web version of Newsstand would also fit into Google’s current efforts of making their services available on as many devices as possible. Just like with Play Music, there would be an iOS and an Android app, as well as a website. What works great with Play Music should be adapted to Newsstand. I actually started buying songs from Google Play after the release of the iOS app, because not only my music, but also my playlists are now synced on all of my Windows, Android and Apple devices. Being extremely limited and short-sighted, Apple cannot even offer me half of what Google does.

I think the concept pictures show how great such an implementation might look and work. It would fit perfectly into the Play Store!

What’s your opinion on this? Do you think Google Play Newsstand should stay an app-only service, just like Google Currents? Would the service be placed good in the Play Store? What are your overall thoughts about this? 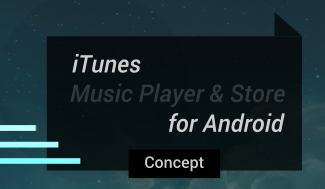 What about a web version of the new Google Play Newsstand?